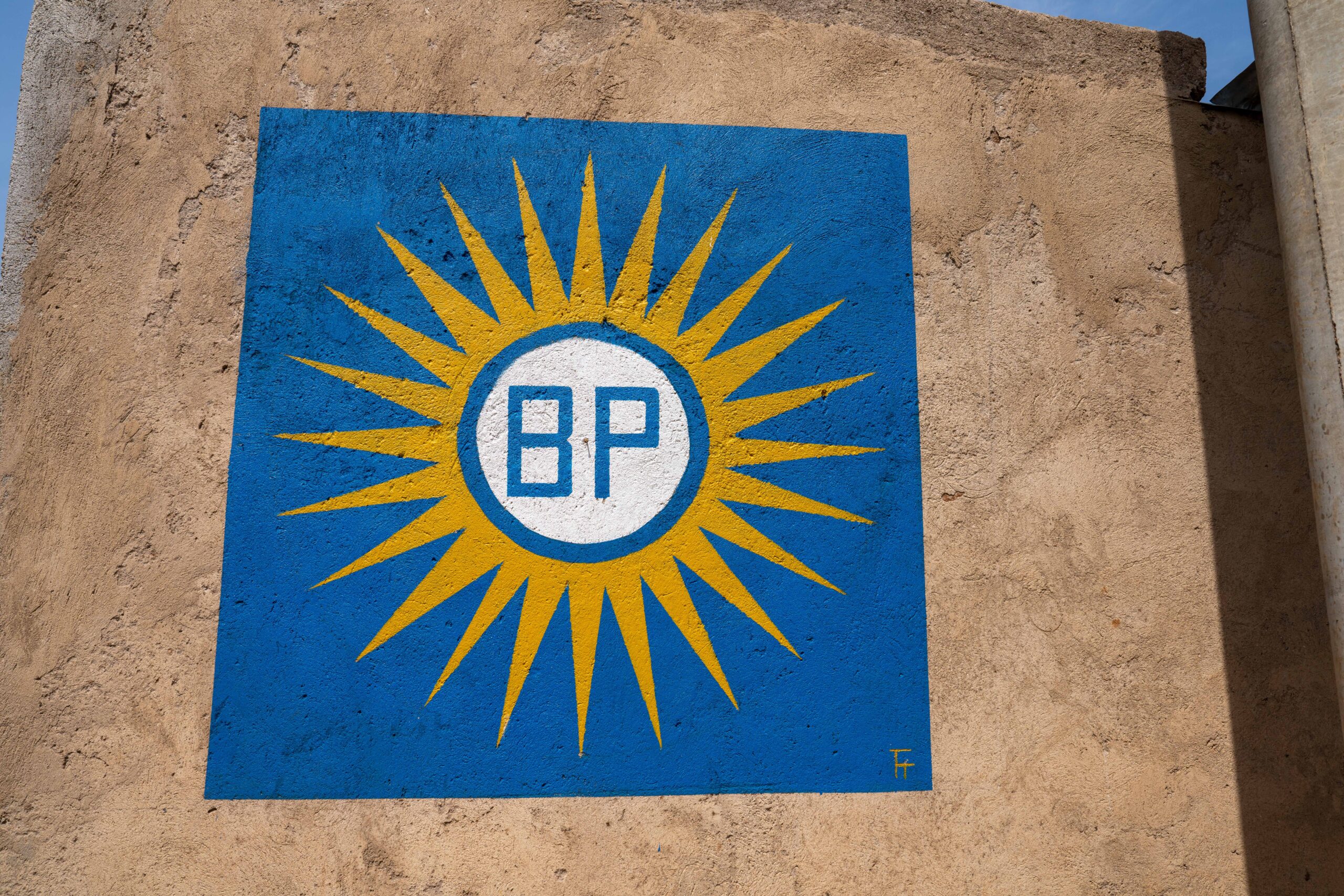 Building on the long tradition of pottery making, the Best Potters from Runda in the Kamonyi district have for a year now begun to train young members of their community in the production of ceramic products.

The goal is to produce high quality products for tourist demand and for private homes, as well as for hotels and restaurants. The traditional craft is widespread, but is increasingly struggling to be sold. With modern training and technology, the Best Potters aim to be the first to offer this quality in Rwanda.

The current project, which represents a significant step towards a self-determined future.

During three years, 10 young adults of the community of Kagina Potters are currently being trained as professional. potters.

This training represents an extremely attractive opportunity to learn a valuable craft and to stand on their own two feet in the future. The high school dropout rate and the pronounced unemployment rate are to be combated in the long term by establishing the first official school for pottery in Rwanda.

The training is currently fully financed by COERESO. This also applies to the trainees’ meals, as they would otherwise not be able to afford to forego paid work. 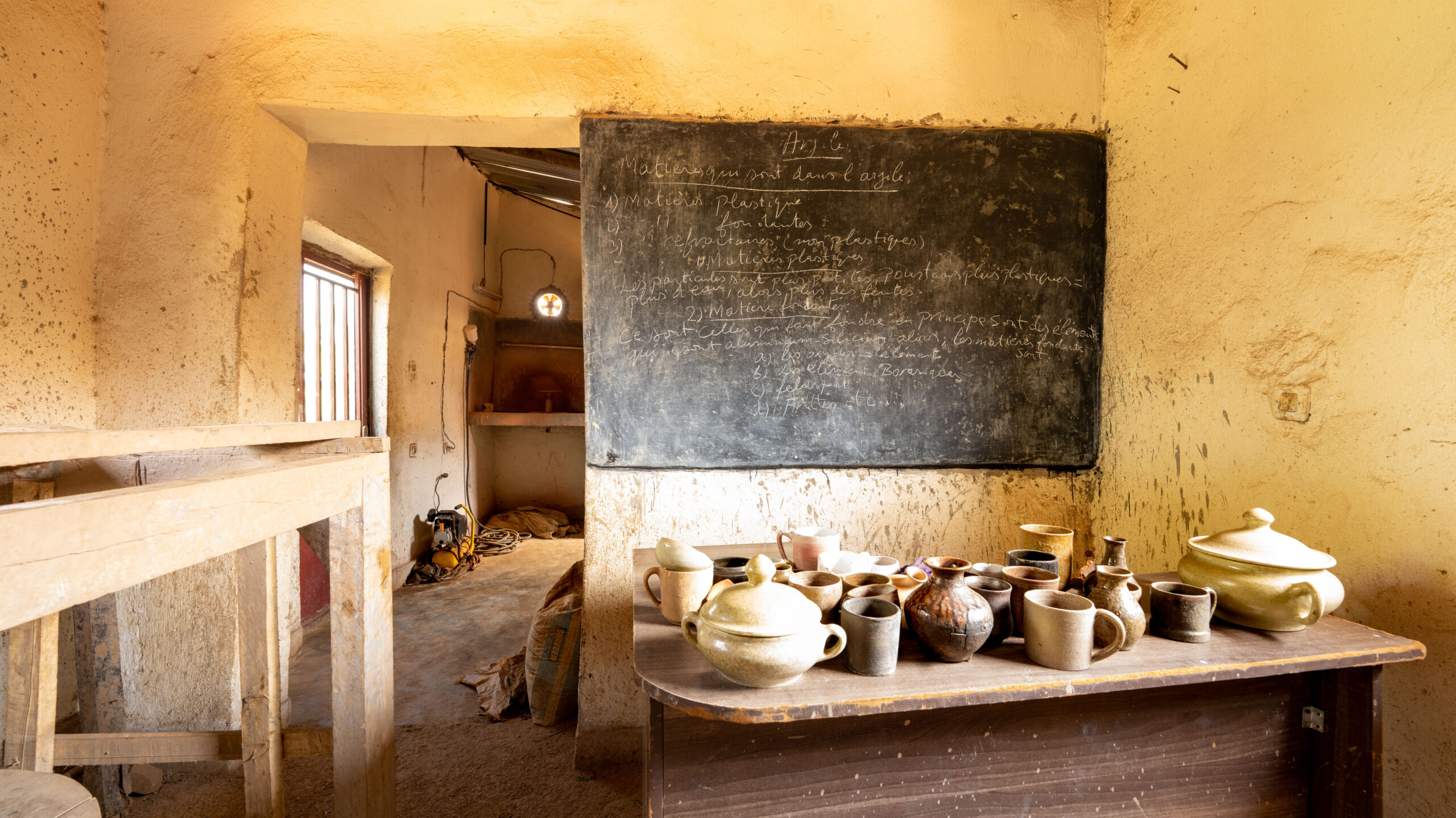 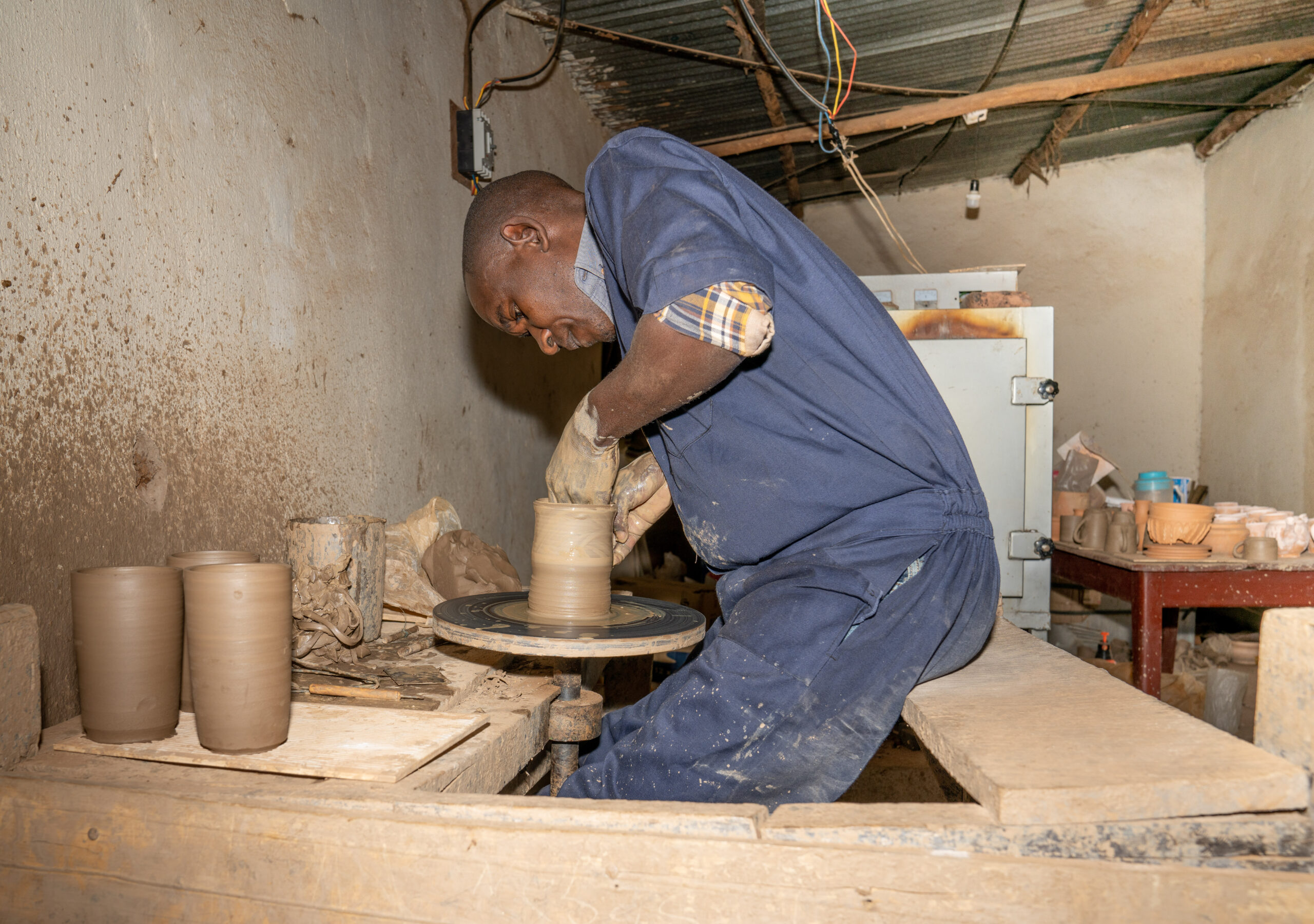 In view of the great interest in high-quality ceramics from local handicraft production (“Made in Rwanda”), the next step is to expand production capacity. The current kiln is just sufficient to fire the products made during the apprenticeship. However, by having the second and third year apprentices, as well as those then trained, produce products for sale, a significant contribution could be made to the financing of the school itself and to the fight against poverty through job creation.

This next step of expansion requires external support, especially for a powerful large kiln and for technical material that would make a wider range of products and larger quantities possible. 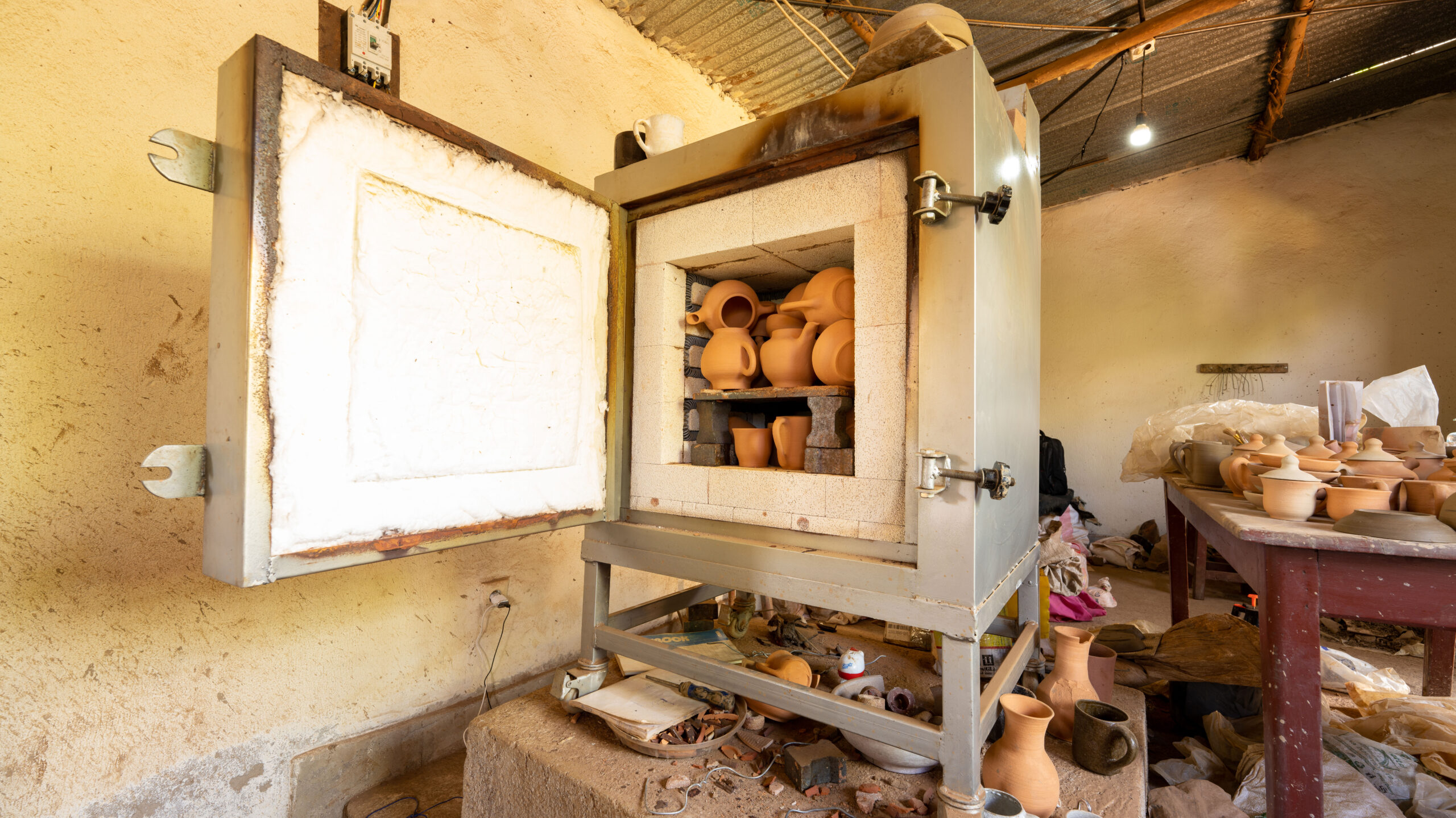 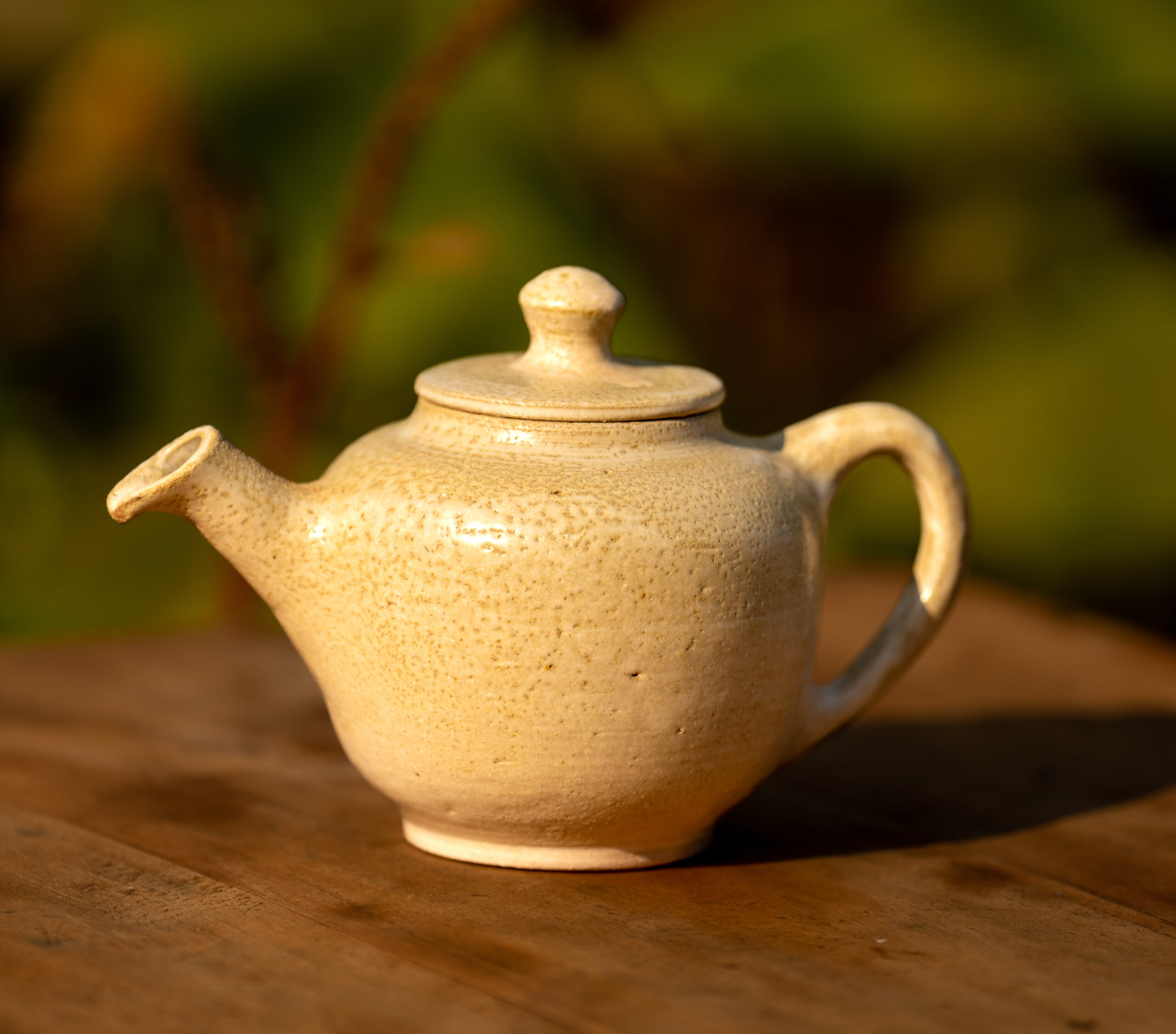 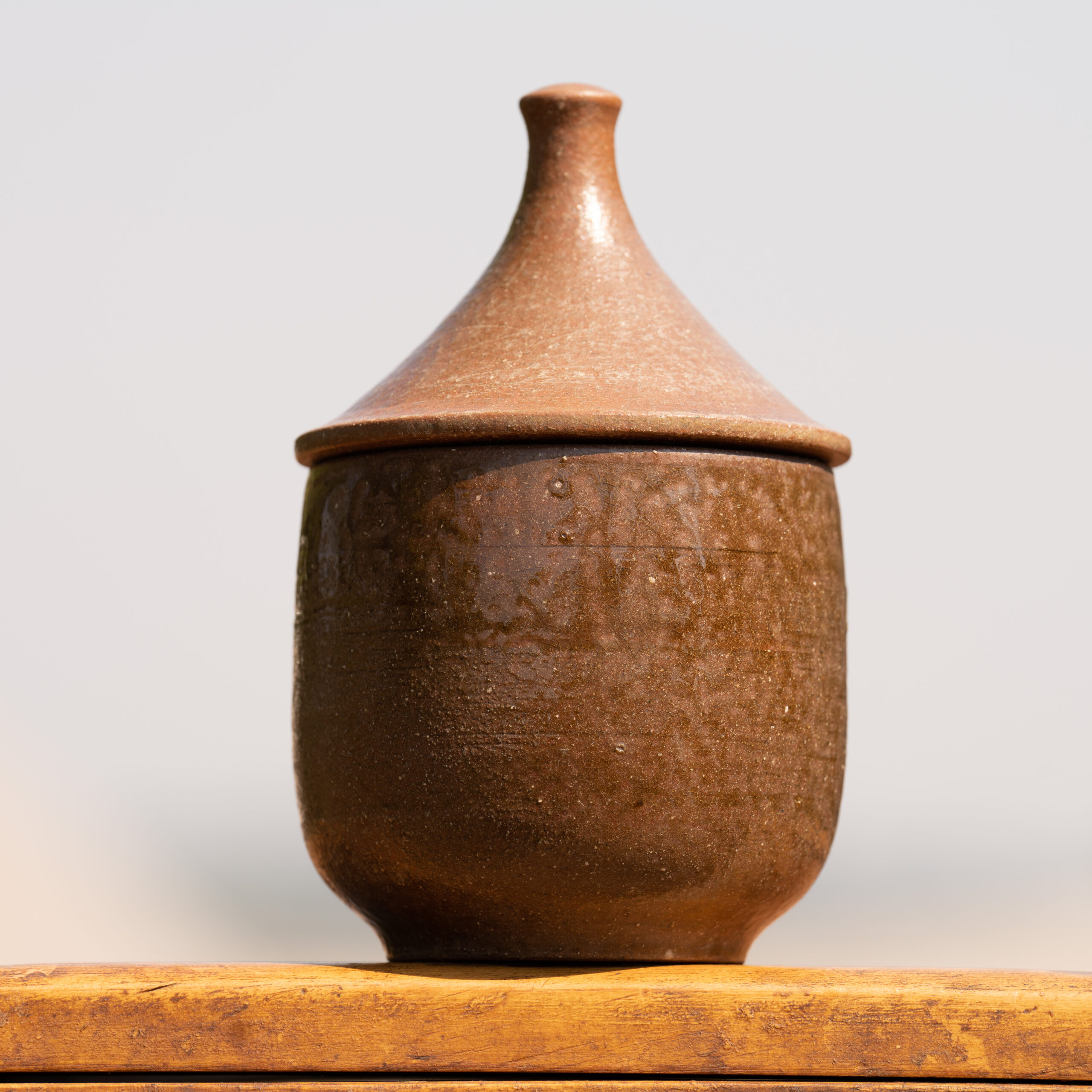 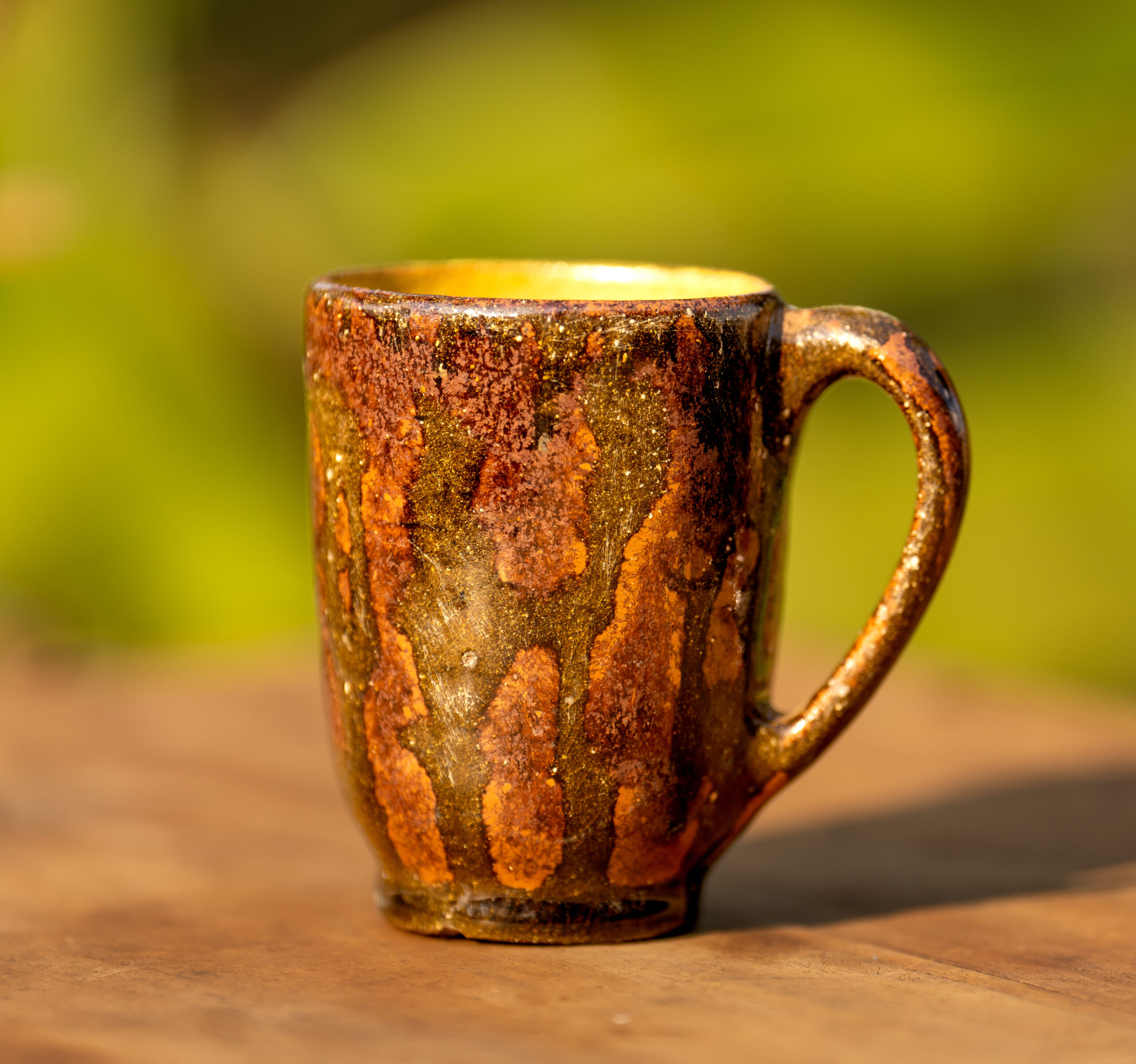 Education for the Youngest

The Best Potters Kindergarten welcomes, nurtures and cares for 50 children; children who would otherwise be on the streets with few opportunities for education and inclusive social work. 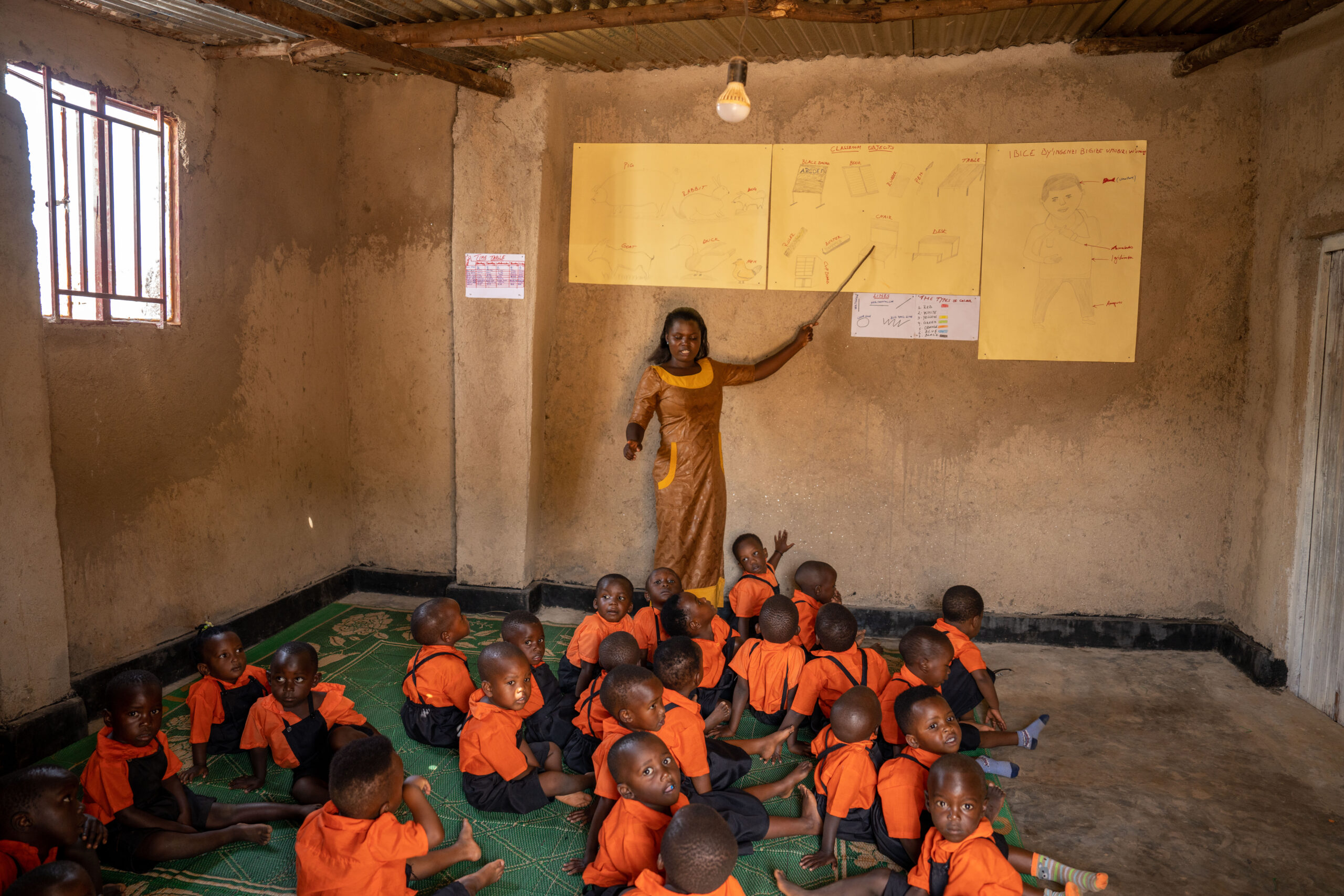 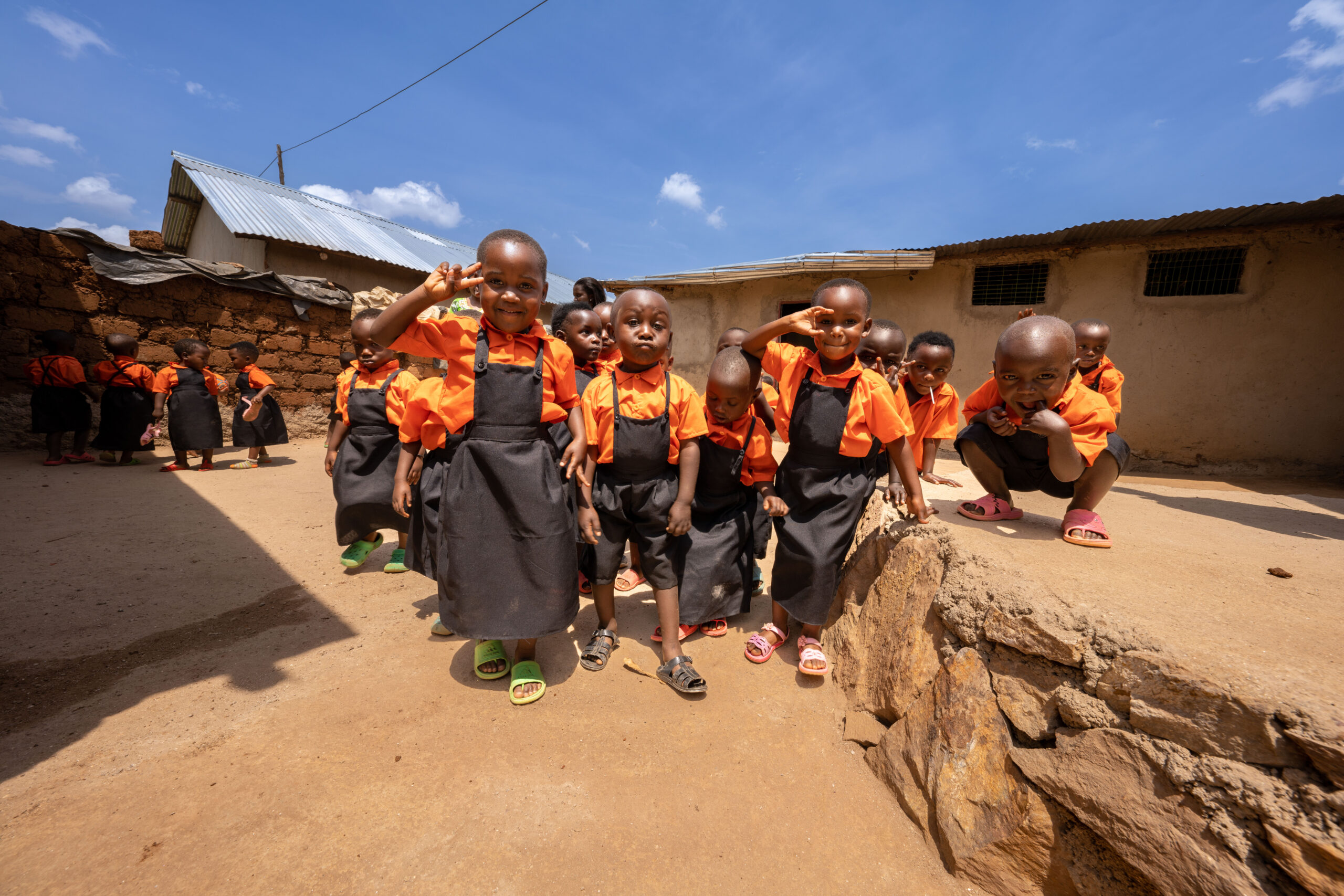 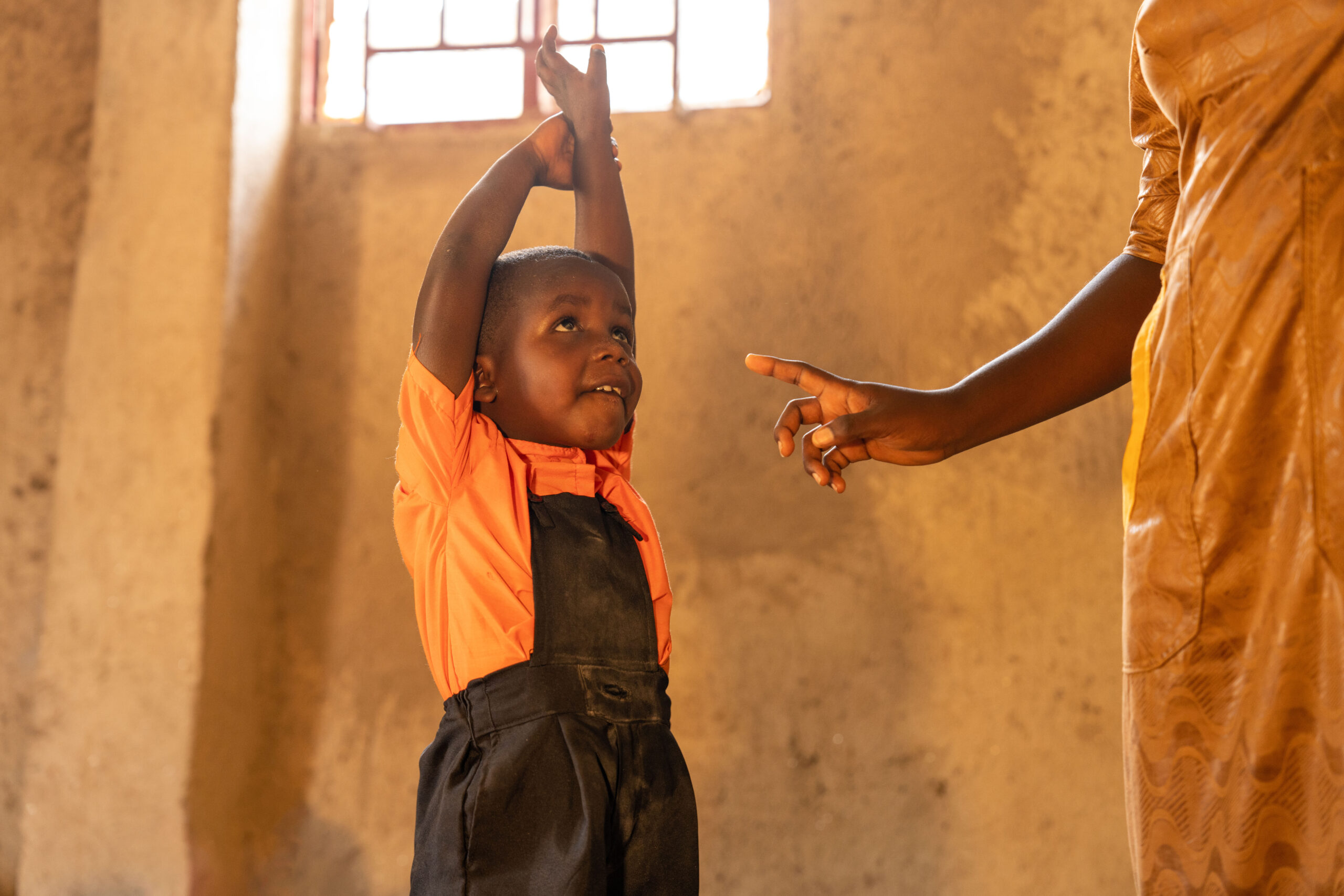 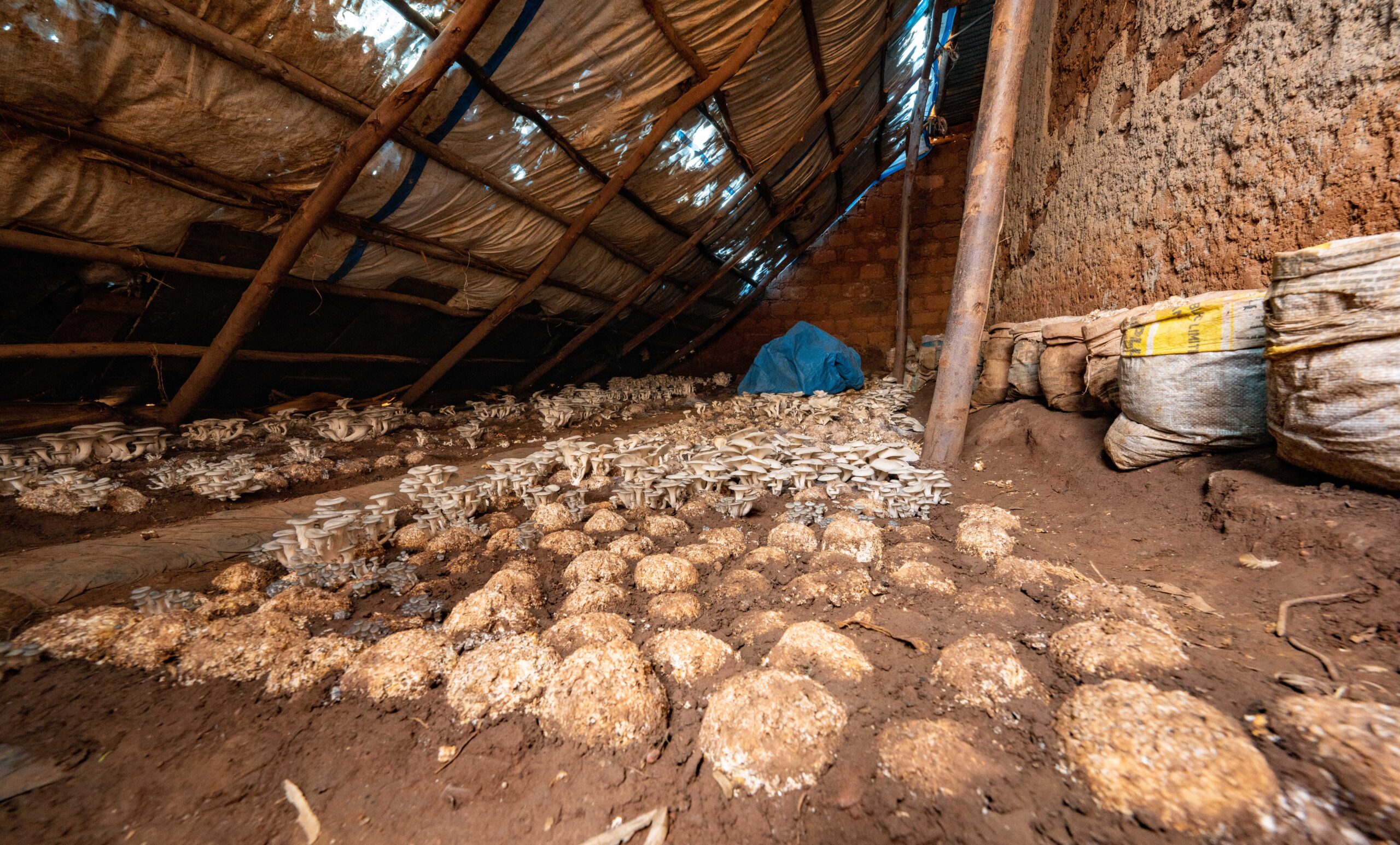 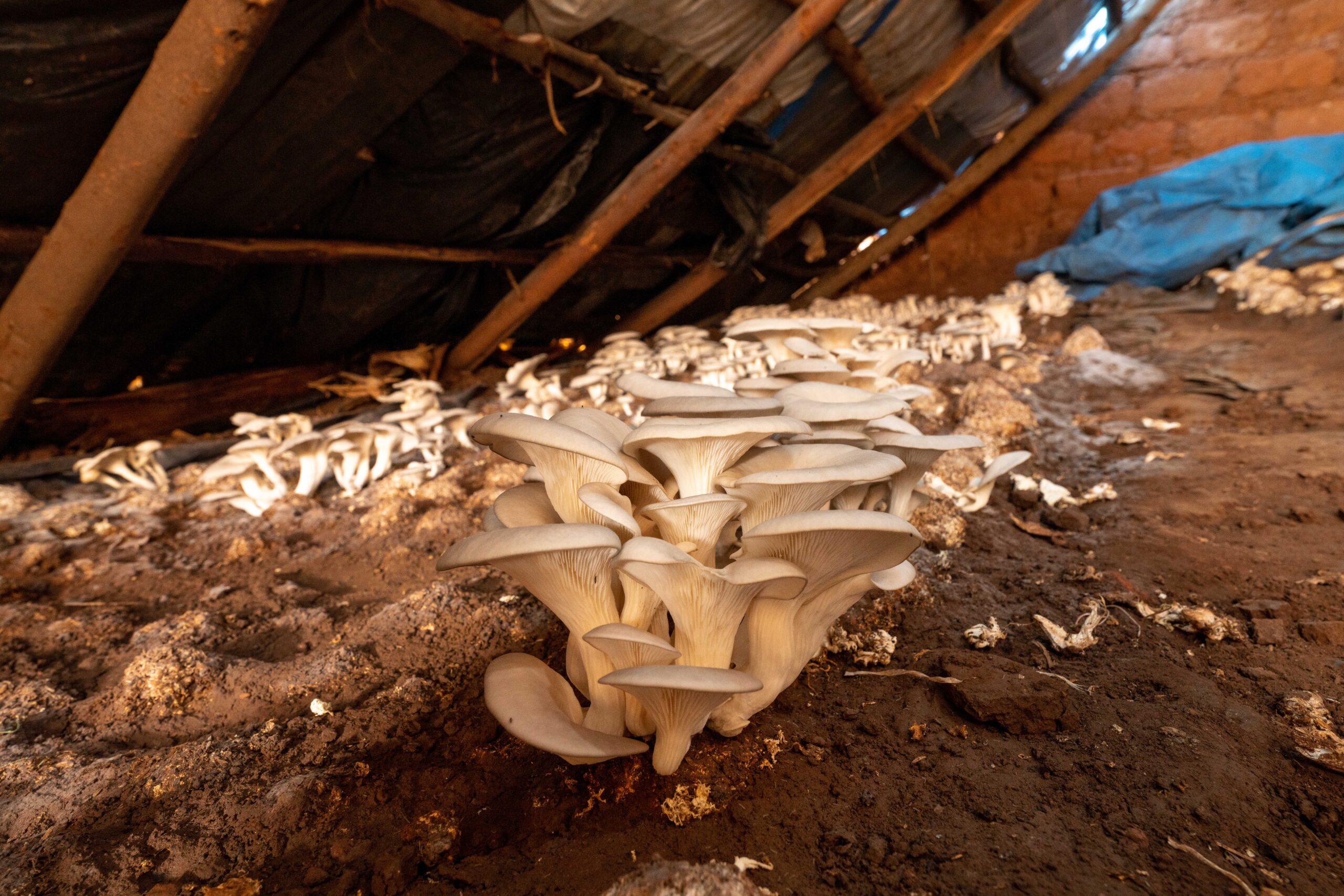 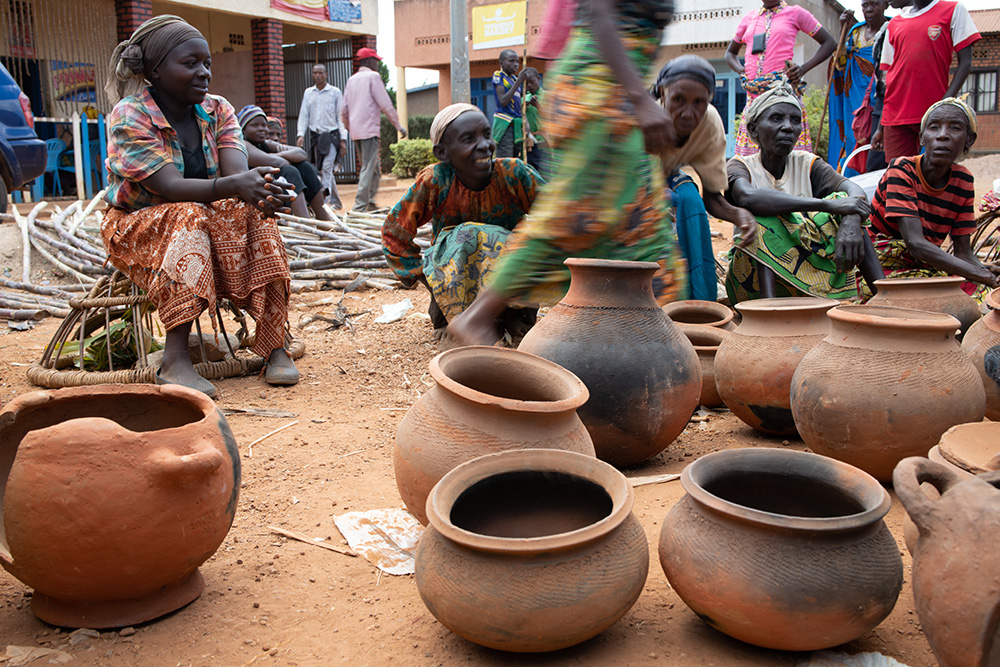 Large community on the margins of society

The community of Kagina Potters lives in Kamonyi District and currently consists of 106 families. The potters of Rwanda have been practicing this craft for centuries, which was assigned to the forest dwellers from the 15th/16th century as the only permissible occupation. Today, Rwanda’s potters suffer greatly from the lighter and roughly equally expensive plastic and aluminum/metal alternatives. The traditional pots below are sold on the local market once a week for CHF 0.60 – and despite the low price they hardly find any takers.

The potters, who officially belong to the “poorest of the poor”, have subsequently tried to move away from utilitarian objects into the field of handicrafts.

However, these products can only be sold in the capital, Kigali, where the middle and upper classes are at home and where tourists can be found. Due to the lack of motorized transport, they have to undertake a four-hour walk. They sell their products there for CHF 6. 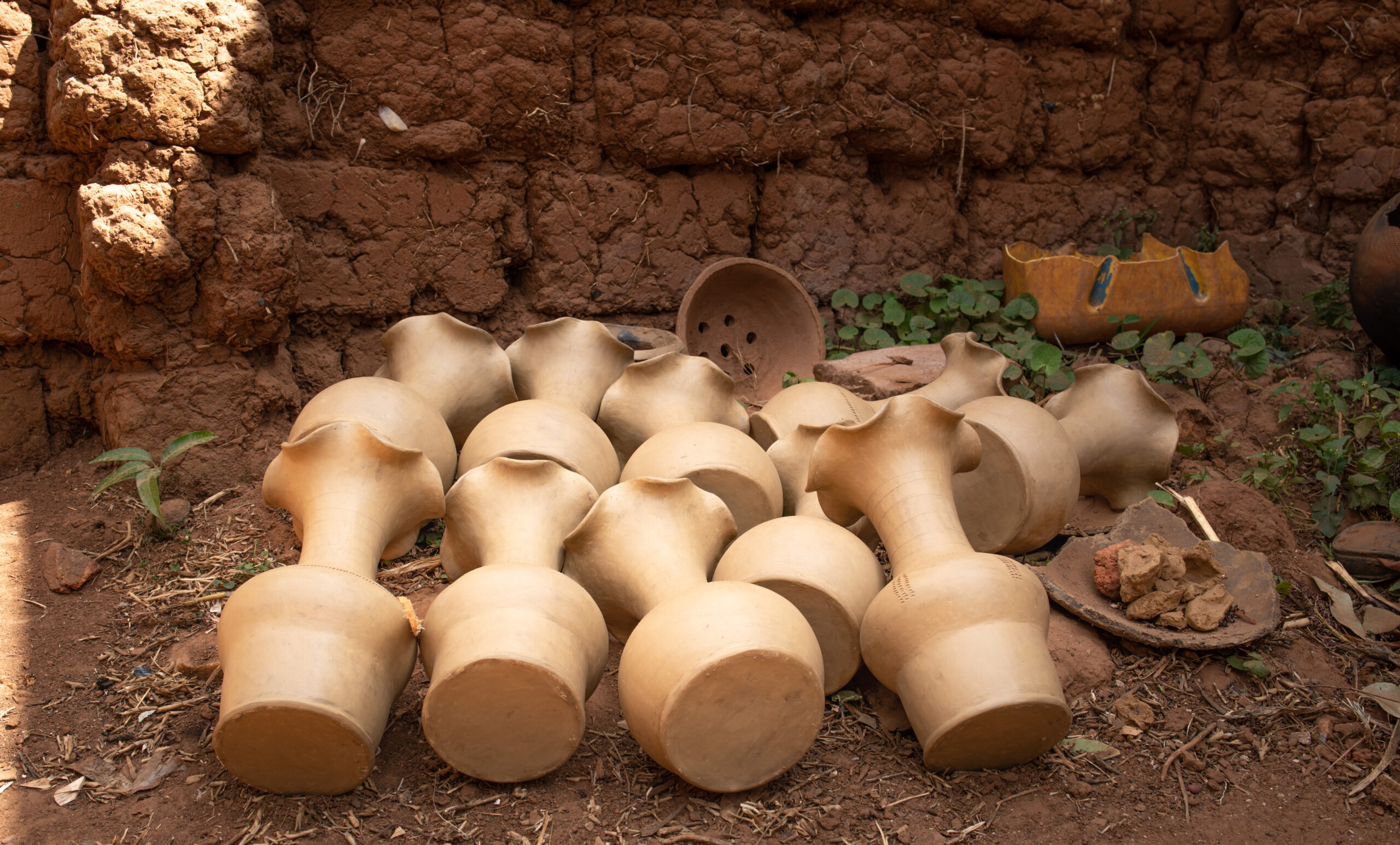 Hunger and malnutrition are common problems for the Kagina Potters community. With traditional pottery yielding too little, especially in recent years, the community decided to engage in new livelihoods. In 2017, 20 members of the community formed a cooperative to launch a chicken production. Their goals were and are:

– Combating malnutrition through the production of eggs and meat, and using the chicken droppings to grow vegetables.

Each community member has received at least three chickens and has thus been able to participate in the production. Within half a year, the original henhouse could/needed to be tripled and the original 20 chickens have become 80. Chicks are sold to members for egg production at an affordable price.

The initial doubts of some community members have subsided thanks to the evident success. 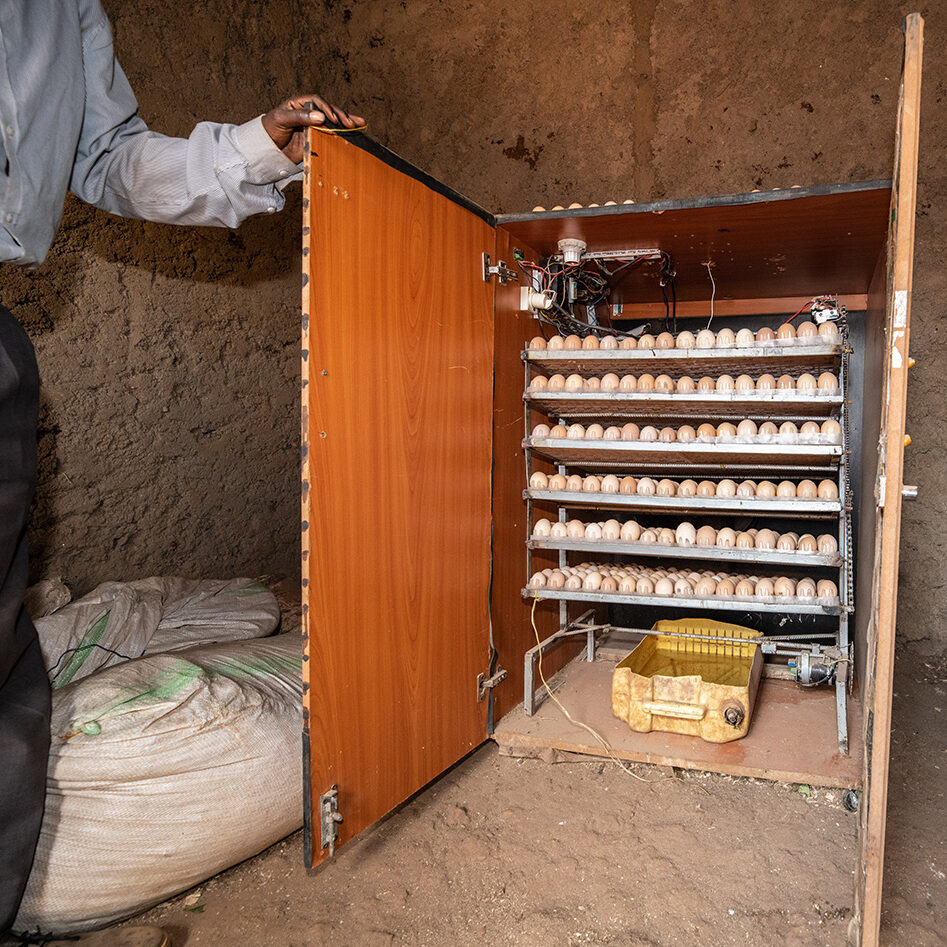 The success of chicken production has led the community to enter another field of business: The production of bricks and roof tiles. Since working with clay and mud is part of their traditional craft, they only need training related to the use of machinery.

In rural areas and villages, respectively, it is permitted to build with air-dried bricks. In Kigali, however, the government has banned them. Consequently, there is a great demand for baked bricks. From a South Korean patron, Kagina Potters had received hydraulic and electric machines for making bricks. The hydraulic machines are not bad, but they cannot squeeze enough water out of the clay. For the electric machines, the Kagina Potters lacked electricity because it was too expensive to connect them. 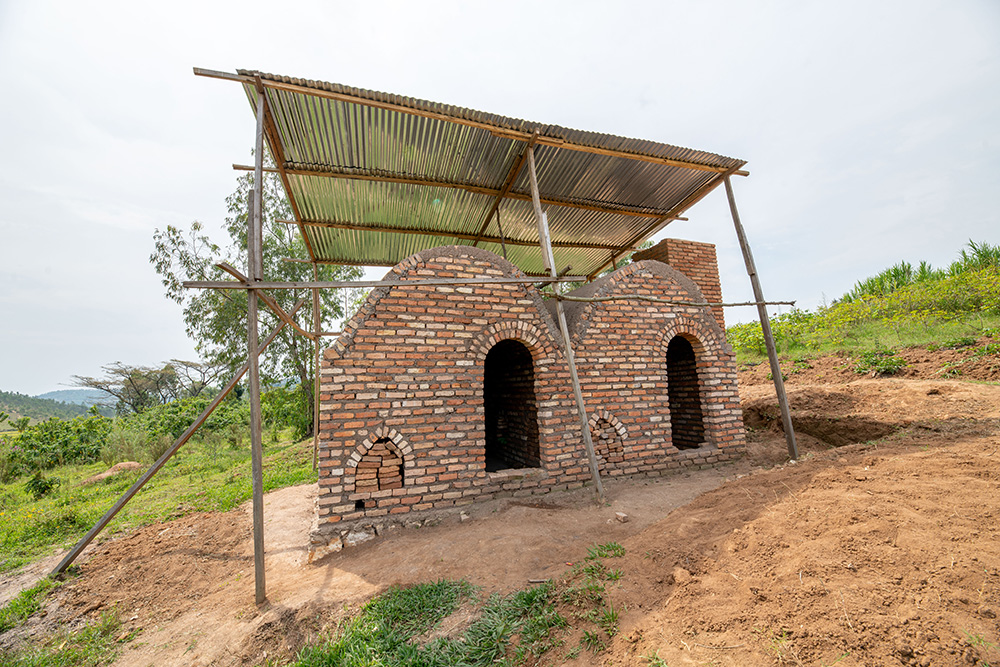 The clay came from Nyabarongo marshland, which the government provided to the community. All marshland is owned and managed by the government. If production had reached the numbers hoped for, access to more swampland would have been needed. Producing several thousand bricks per month was the goal.

Initially, the Best Potters planned to work with 12 trained and 18 unskilled workers, who would have been recruited primarily from the community and secondarily from the surrounding area. The workers would have been trained within the community. Because the school dropout rate in this community is relatively high, this total of 30 jobs would have been a significant step out of poverty. Due to infrastructure problems (the announced electricity connection at the production site was not built) and a rapidly changing market structure (where previously only a few produced, large players entered the market in a short time), the project had to be put on hold, at least for the moment. We may have lost money, but we have learned important lessons and strengthened our cooperation. 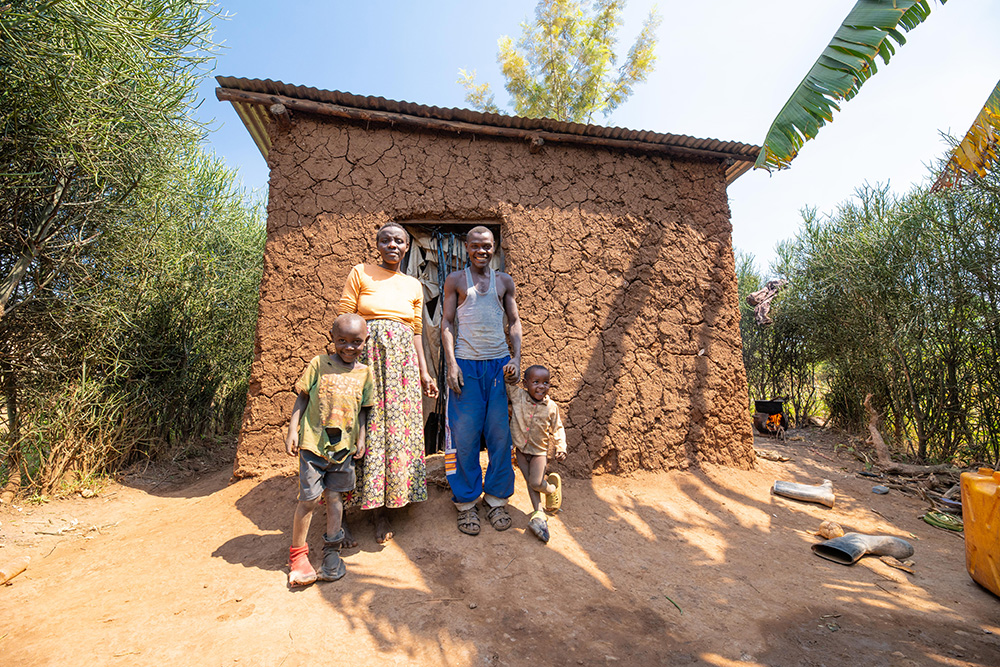